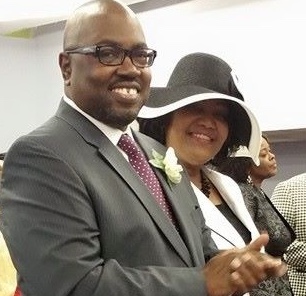 It was on Sunday, December 27, 1998 at 5:00 p.m. the first meeting was held and began with Pastor, Mark A. McConnell leading the hymn, “Leaning On the Everlasting Arms” followed with a prayer.

It was Sunday, January 3, 1999 at 10:45 a.m. the first Sunday worship services began at George Washington Carver Community Center in Peoria, Illinois.  Communion for the first Sunday was donated, along with tithing envelopes, a set of drums, an organ and two offering plates.  Also there was a major snow storm that day.

God had already given the pastor a name for the new church.  He read from 1 Peter 2:4-8 and emphasized that these passages are speaking of Jesus Christ; He is the chief Cornerstone.  Another point made was that there is only one spiritual building and that is the people.  Pastor also read Ephesians 2:19-22 and emphasized that stumbling is caused by refusal to submit to Jesus Christ.  The new church was named, “Cornerstone Baptist Church” and would operate under “Cornerstone Mission Ministry” until the charter was filed and such time as we operate as a church.

Pastor McConnell stated, “Let’s always put Christ at the head and let’s always go to His Word.  Scripture tells us how to disagree and how to humble ourselves.  If you stick with the Word and put Christ first, you can’t go wrong.”  He wanted to focus on living the Christian life.  George Washington Carver Community Center and Percy Baker allowed us to use the building for our services.

A meeting was held on Wednesday, January 20, 1999 immediately following Bible Study at 7:30 p.m.  It was at that time, Pastor McConnell shared the vision God had given him for the church.  Another church in the city was already using the name Cornerstone Baptist Church, so the church was chartered under the name of New Cornerstone Baptist Church.  The new church would focus on ministry, helping and empowering others, and be community oriented.

On Wednesday, March 8, 1999 Pastor McConnell presented the mission Statement and motto for the church.  The mission statement is: “To reach the unsaved, teach the saved, equip God’s people to minister to one another, and to the world, for Jesus Christ.”  This was based on the scripture from Matthew 28:19-20.  The church motto is:  “Focused on Christ, Motivated in Ministry, Committed to Serve.”

The dedication and ribbon cutting services were held on Sunday, September 10, 2000 at 10:30 a.m. The guest church was Mt. Sinai Baptist Church of East St. Louis, Illinois, where Rev. Herman Watson was the Pastor.